Poverty alleviation in China: A must-win battle despite COVID-19 outbreak 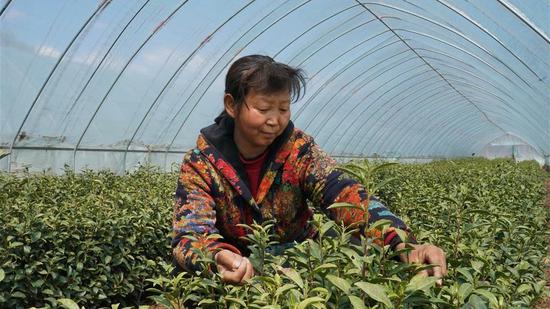 A tea farmer works at a tea plantation in a poverty-stricken county in Hebei Province, April 11, 2020. (Photo/Xinhua)

China was en route to meeting its target of eradicating poverty in rural areas and eliminating regional poverty by 2020 when the COVID-19 epidemic happened and quickly spread throughout the country.

The outbreak has had a profound influence on all walks of life in China. Now with daily life slowly returning to normal, attention is being refocused on China's battle against absolute poverty.

Amid concerns over whether China, under the leadership of Chinese President Xi Jinping, will still be able to meet its poverty alleviation goal, China's answer is positive and determined.

Several conferences on poverty alleviation held by the central government partly dismissed concerns by reiterating China's determination in completing its given goal as planned.

At a symposium held on March 6, President Xi stressed that securing a decisive victory in poverty alleviation is a "solemn promise" made by the Central Committee of the Communist Party of China (CPC) that must be fulfilled on time.

He instructed the central and local authorities to focus on those who are still on the poverty list and "crack the last remaining hard nuts" through joint efforts. 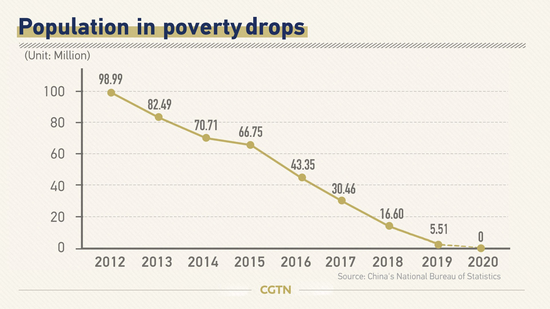 The impact of the coronavirus on poverty alleviation is also limited, as China has finished most of its targets. Overall regional poverty was basically eradicated at the end of 2019.

China has made such a remarkable achievement in seven years. In the last four years, the rural poverty population declined from 98.99 million at the end of 2012 to 5.51 million at the end of last year, reported Liu Yongfu, director of the State Council Leading Group Office of Poverty Alleviation and Development.

In order to reach their goal, China still has 52 counties, 2,707 villages and 5.51 million people who still need to be lifted out of poverty. The aim was that by the end of 2020, all poor people and counties under the current standards would be lifted and regional poverty resolved.

To ensure a smooth implementation of poverty alleviation, China has taken several measures to accelerate its resumption of production with a particular focus on poverty-alleviation projects.

A report from the country's industry and information ministry showed that by the end of March, 98.6 percent of China's major industrial enterprises have resumed production, representing an increase of 15.5 percentage points from February 23. 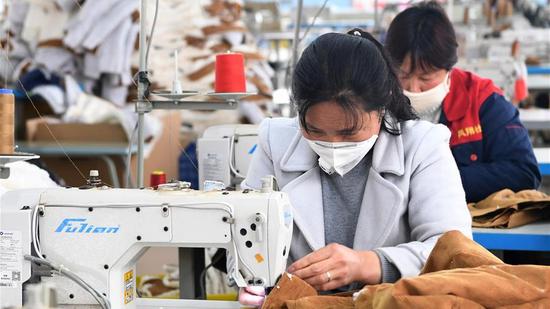 To mitigate the impact of the epidemic on the income of those who have recently risen up out of poverty, the government also prioritized employment support for poor laborers and helped solve difficulties in sales of agricultural and livestock products and other supporting poverty alleviation industries.

Additionally, the role of grassroots officials are also essential in the fight against poverty.

As Liu said, by March 12, a total of 99 percent of the working teams dispatched to various villages across the country are in place and 97 percent of the people sent to villages have continued their work, despite the severe epidemic situation.

2020 marks the final year for the fight against poverty. China is using its concrete actions to dismiss concerns. The epidemic may toughen the task, but the country is focused on reaching the goal of alleviating poverty on time.