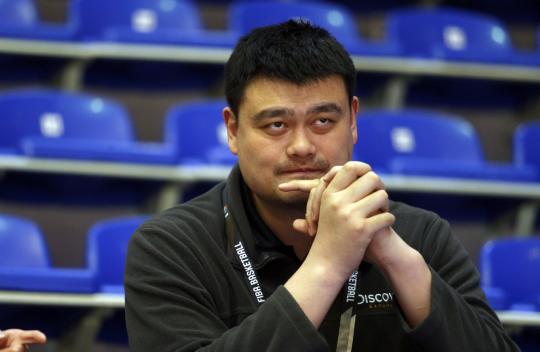 With financial pressure mounting amid the coronavirus-enforced league lockout, the Chinese Basketball Association has wielded the axe on its executives by cutting their wages by as much as 35 percent.

The salary cut was announced by CBA CEO Wang Dawei on Tuesday following a teleconference call during which league executives, including chairman Yao Ming, and club representatives discussed possible solutions to the economic challenges being faced by the league amid the ongoing pandemic.

Wang, formerly the chief marketing officer of NBA China, committed to a 35 percent reduction of his own salary and confirmed that all CBA employees serving in director positions or higher will have their wages cut by 10 to 30 percent.

The CBA's indefinite suspension since Jan 21 has left it facing uncertain financial times. Franchises have had to continue running with heavy costs, including player salaries, venue rental and operational expenses, but without revenue from ticketing, broadcasting and endorsement deals.

Coming hot on the heels of the Chinese Football Association's approval of salary cuts for players in the country's top-flight soccer league, the CBA's executive pay reductions are being interpreted as something of a trial run ahead of similar chops to its players' incomes.

In a statement released to Chinese media on Tuesday, the CBA called on clubs to consider cutting players' wages on a rational basis to help alleviate the financial pressures brought about by the coronavirus crisis.

However, reducing salaries midway through the season will be far from straightforward, with most players locked into guaranteed contracts, according to a Beijing News report.

Hoops icon Yao will not be affected by the cuts as the former NBA All-Star waived his salary from the league company completely after being elected the CBA chairman, according to Su Qun, chief editor of Basketball Pioneers newspaper.

After the country's top sports governing body turned down a proposal to resume the 2019-20 regular season earlier this month, the CBA is now considering a number of alternative ideas to resume the action. They include a possible restart in early July and a potential cancellation of the entire season.

Meanwhile, the CBA's marketing appeal seems to have been largely unaffected by the shutdown after the league announced on April 8 that it has reached a five-year digital broadcasting deal with China Mobile live-streaming platform Migu, worth a reported 2 billion yuan ($282 million).

The contract begins with the 2020-21 season and sees Migu become a strategic partner with exclusivity in the 5G category. The deal gives the over-the-top (OTT) platform exclusive IPTV media rights covering all league matches, as well as the CBA All-Star Weekend.